How to motivate and manage high achievers 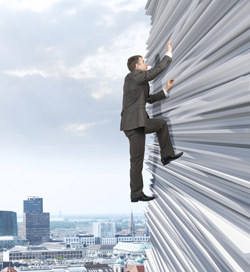 You need to chill out.

The above comments are intended to be comforting, but when you tell a high performer to calm down, it has the opposite effect. It makes them want to scream.

A friend of mine’s son was stressing out about his schoolwork. He was a straight-A student, who had gotten a very high score on his SAT. His father, my friend, saw that his son was constantly anxious and stressed.

After another evening of anxiety my friend said to his son, “Why don’t you take a break?” As his son responded the standard teenage eye roll, my friend said the worst thing you can say to a driven person, “You need to relax.”

If you trying to motivate a low performer, be it an employee or a teenager, it might seem like a high achiever would never be a problem. But as anyone who has coached high achievers knows, driven people can burn out. As a leader, your job is to help them pace themselves to ensure that doesn’t happen.

I’ve been on the receiving end of this conversation. For much of my life people have told me to calm down, or meditate, or some other version of, “You should be more relaxed, like me.”

Thriving on achievement
I’m going to let you in on a secret. High achievers thrive on accomplishment. They (we) frequently judge themselves in relation to others. It might not be healthy, but it’s true. When a less high-achieving peer (as deemed less high-achieving by us) says, “Don’t take this so seriously,” a driven person is likely to think, “I have to take this seriously, because no one else is.” The high achiever doesn’t want to relax like other people; they want to outdo other people. It’s in their DNA.

Circling back to my friend and his son. My friend went to a pretty good college. But his son is trying to get into an Ivy League school. When my friend says relax, his son thinks, “If I relax, I’ll wind up going to a mid-level university, that’s the last thing I want.”

Driven people have a tendency to become frantic. Telling them to calm down only makes them more frantic. Instead, praise their drive, and provide the support they need to focus their ambition.

When my friend praised his son’s accomplishments and said, “You’re a rock star. Let me take you out for a burger so that you can be a rock star again tomorrow,” his son relaxed. Now instead of perceiving that his father is minimizing his drive for success, he sees his father as someone who supports him. The son can take a break, which will help him refuel to achieve big goals again the next day. The father is helping his son move from frantic to focused.

Driven-people don’t want to calm down. Your job as a leader, parent, or friend is not to help them lower their aspirations. Instead help them celebrate their success, and refuel to achieve even more.

Lisa is a sales leadership consultant, and author of Selling with Noble Purpose. Companies like Apple, Kimberly-Clark and Pfier hire her to help them create passionate, purpose-driven sales forces. She has appeared on The Today Show, and has been featured in Forbes, Fortune and The Wall Street Journal. She provides executive coaching sessions, strategy workshops, and keynote speeches. Visit www.LisaEarleMcLeod.com