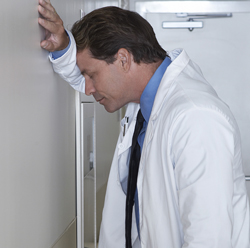 If there’s a guiding principle for the solo dentist looking to expand his or her practice into a multisite group practice, it is the ancient Greek aphorism, “Know thyself.” For the entrepreneurial dentist, that means knowing one’s physical and psychological limitations, and knowing where one’s skills truly lie … and where they don’t.

It doesn’t hurt to know what an organizational chart is either.

Vincent Cardillo, president and founder, Dental Management Innovations LLC, has helped many dentists make the transition from one or two offices to many more. He was a featured speaker at last summer’s SUMMIT conference for entrepreneurial dentists and experts, whose theme was “How does a dentist navigate the path from small business model to large corporate model?”

Cardillo has more than 17 years of experience in leadership/partner roles in dental practice management companies. He started one such company in Massachusetts and Connecticut. The company grew to six locations, then sold to one of the larger groups in the country, which grew to 90 locations before Cardillo moved to his next project. Later, he co-developed a Florida-based dental practice management firm, which grew from four locations to 31 in two and a half years. The company was No. 14 on the Inc. 500 list, he says.

The itch
Dentists get the itch to grow their practices beyond one or two offices for any number of reasons, said Cardillo, speaking with Efficiency in Group Practice.

“Here’s how I see it,” he says. “There are dentists who want to grow because they are entrepreneurial in nature. Then there are those who have worked for a group and say, ‘This is pretty easy; I can do this.’ There are others who feel that they have to compete with the groups who are [making inroads] in their town, so some of it is out of fear.

“Others are building groups because they see their peers or classmates succeeding at it. Others do it for money. Then there’s another type of dentist – those who don’t want to practice dentistry anymore, or at least not long-term, but do want to continue to be part of the [industry].”

Whatever the reason, they need to be prepared for a rigorous journey, one that is likely to take them through what Cardillo calls the Six Stages of Practice Growth:

The great leap forward
One of the more harrowing parts of the journey is that between Stages 2 and 3, says Cardillo. Proof? Only a few hundred practices in the country have more than four locations.

“These dentists have done some good things to get to Stage 2,” he says. “They have hired doctors and gained their confidence, built trust among patients, hired staff to keep the business running. They’ve been able to attract dentists. Clearly, they can produce and communicate with patients; and they have enough cash flow to think about investing in a new location.”

That’s the plus side. The negative side?
“They’re running around wearing a lot of non-clinical hats. They’re so stressed out, they often think about selling. Typically, they’re the highest producer, and if they don’t go to one of their practices once a week, that practice isn’t profitable. Also in Stage 2, the spouse is often involved in the business, which can create its own complications.”

Often, dentists struggling with making the transition to Stage 3 are those who have difficulty delegating responsibilities, he continues. Ideally, in Stage 2, dentists have hired an office manager who can take things off of their plate, such as managing the team, and doing some marketing and bookkeeping. If a dentist won’t begin to hire a team she can rely on, she may be stuck doing everything herself and soon find that she has hit her limit with two or three offices.

“The dentists who get stuck at Stage 2 also tend to lack the consistent daily metrics and profit-and-loss statements that they should have to make decisions,” he says. These types of dentists make business decisions strictly by looking at their bank account. “They may look at a few random metrics to evaluate how well the business is doing, but they don’t understand how they impact the bottom line.” Too often, neither does their accountant.

Cardillo says that if he had to take a look at the most important things it takes to move from Stage 2 to 3, they would be:

“How do you do all that?” he asks. “You have to get guidance from someone who has successfully navigated this process of growth before. That could involve bringing on the right employee or hiring a consultant.”

CEO or CDO?
Progressing from Stage 3 to 4 is no piece of cake either.

By the time the dentist/founder stands on the threshold of Stage 4, he or she has to make an important decision, says Cardillo: “Do I want to be CEO [chief executive officer] or CDO [chief dental officer]?’ They have to pick one.”

Dentists who want to move away from patient care may opt to be CEO, “but the odds are extremely high against them,” says Cardillo. After all, dentists usually got to where they are because they’re good practitioners, not businesspeople. “If you pick CEO, you need a CEO coach to show you how to do it,” he says. “Not only do you need to understand the technicalities of being a CEO, you have to be a great leader, too, which also requires training. An effective CEO has spent years to become great at their job, through education and life experiences.

“Among private-equity-backed companies, you don’t see many dentist CEOs,” he continues. “So even if they make it that far [to achieve private-equity backing], chances are they will bring in their own CEO.”

Choosing to be CDO might be a better option. “It’s in their wheelhouse,” says Cardillo. They know the clinical area, and they can take a leadership role in helping other dentists provide excellent care. They can let a hired CEO manage the non-clinical aspects of the practice.

Nor is there any reason why the CEO can’t report to the CDO, he adds. “They have to remember that ‘CDO’ is only a title. It’s still their company. And at the end of the day, is it about ego or is it about building a successful practice?”

Money matters
Typically, at some point in Stage 4, the entrepreneurial dentist will need more financing than he or she can get from the bank. That fact presents a new set of challenges.

Bank loans are often necessary to get started, but typically, banks stop somewhere between $15 million and $20 million, at which point the entrepreneur needs to find alternate sources of capital. He or she can raise equity money by selling shares in the business to family, friends or small investors, but often they must go to so-called middle-market lenders, who work with private equity firms.

Entrepreneurial dentists should understand that these private equity firms want to see a professional management team in place, says Cardillo. “They are used to working with career CEOs who can manage with extreme discipline,” he says. “They are some very smart people.”

When a dentist reaches this point in his or her development, where they are big enough to need private equity backing in order to grow further, they should be ready to take a different role in the company and to welcome new leaders. They can rest assured though, that they have done a tremendous job in growing the business, navigating a very difficult path.

In 2016, there is still plenty of time for dentists to take this path, that is, to successfully build large group practices, says Cardillo. “The first group [of entrepreneurs] were taking off in the late ’80s and early ’90s, so this has already been going on for 25 years. Today, it’s more advanced, because of private equity money. But if you look at all the practices out there, only a small portion are large groups,” he says.

Over the course of 17 years of founding, operating and selling dental group practices – and now helping others do the same – Vincent Cardillo, president and founder, Dental Management Innovations LLC, has identified what he calls the Six Stages of Practice Growth.

One Reply to “Do You Have What it Takes?”